Total auction items in July decreased as compared to last month’s as the balance between supply and demand of the market is adjusting. Both the reduced number of items and reduced price reflect that the demand is declining steadily which is also due to the economy still not seeing any signs of recovery in any sectors. Prices of the units that require repair/maintenance before use dropped significantly. Whereas, prices of the units that are in good condition and ready to work only declined slightly.
There are still demands from the neighbouring countries in this auction.

Wheel Loaders of all sizes prices decrease by about 10-15%.

Forklifts of all sizes, prices fall by more than 20%

Our company is still confident that the government will help resolve the economic difficulties.

BANGKOK, 26 July 2015 (NNT) – In the latest move to boost exports in the third quarter, the Ministry of Commerce has instructed its Commercial Affairs Offices worldwide to invite foreign importers and distributors to form business ties with Thai operators.

Nuntawan Sakuntanaga, Director-General of the Department of International Trade, has disclosed that over 14,000 business operators from 70 countries are expected to visit Thailand to sign purchase deals with Thai producers. The bilateral trade is likely to generate at least 7.3 billion baht in export value in the third quarter.

Mr. Nuntawan said the electrical industry would see more export orders as a result of the business-matching. Top sellers include air conditioners and television sets. Exports of electrical appliances created revenue of 9.6 million dollars in the period January- May this year.

The Ministry of Commerce is expediting its plan to develop the country into the trade and investment hub of Southeast Asia in preparation for the advent of the ASEAN Economic Community (AEC). It intends to highlight the country’s advantages, including its strategic location, quality labor force and complete facilities as persuasive selling points to attract overseas investors.

Trade data in June was worse than expected, with the export value falling as much as 7.87 per cent against economists’ consensus of 5 per cent.

The Commerce Ministry’s data showed that Thailand’s exports continued to nosedive in June. The export value dropped by 7.87 per cent from the same period last year to US$18.16 billion. It is the sixth straight month of contraction.

A Reuters poll expected June export to drop by only 5 per cent.

“That will mean 3 consecutive years of contraction in exports,” noted Gundy Cahyadi, DBS economist. “It is one reason why the authorities have shown little concern for the baht, despite the unit being the third worst performing Asian currency against the US dollars over the past month. A weaker currency is preferred in a bid to boost export growth, even if the immediate impact is likely to be limited. Without stronger export growth, expect the manufacturing sector to remain sluggish, evidenced by how capacity utilization has fallen yet again in recent months.”

He added that as manufacturing makes up one third of the economy, as long as this sector remains weak, Thailand should expect sluggish GDP growth to persist.

“If we were to see any chance of GDP growth inching higher going forward, a faster pace of fiscal disbursement will be crucial towards the year-end. We have lowered our 2015 GDP growth forecast to 3.2 per cent back in May but continue to see some downside risks to our projections,” he said.

Exports to all key markets contracted in June. The Asean market showed the sharpest drop, at 4.4 per cent from the same period last year.

Though the Commerce Ministry maintained its 1.2 per cent export growth target for 2015, Siam Commercial Bank’s Economic Intelligence Centre also expected export contraction in the year. Thailand’s exports would remain under the influence of fragile global economic recovery, volatility in commodity prices, the abolition of GSP from the European Union, and the relocation of electronics plants out of Thailand due to an increase in wage. 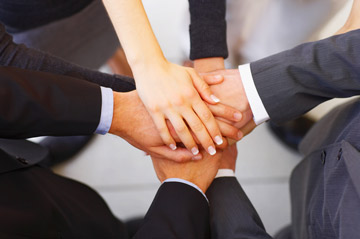 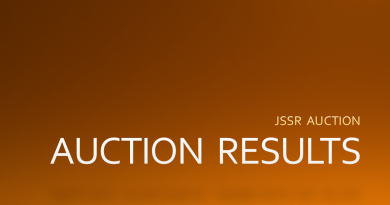